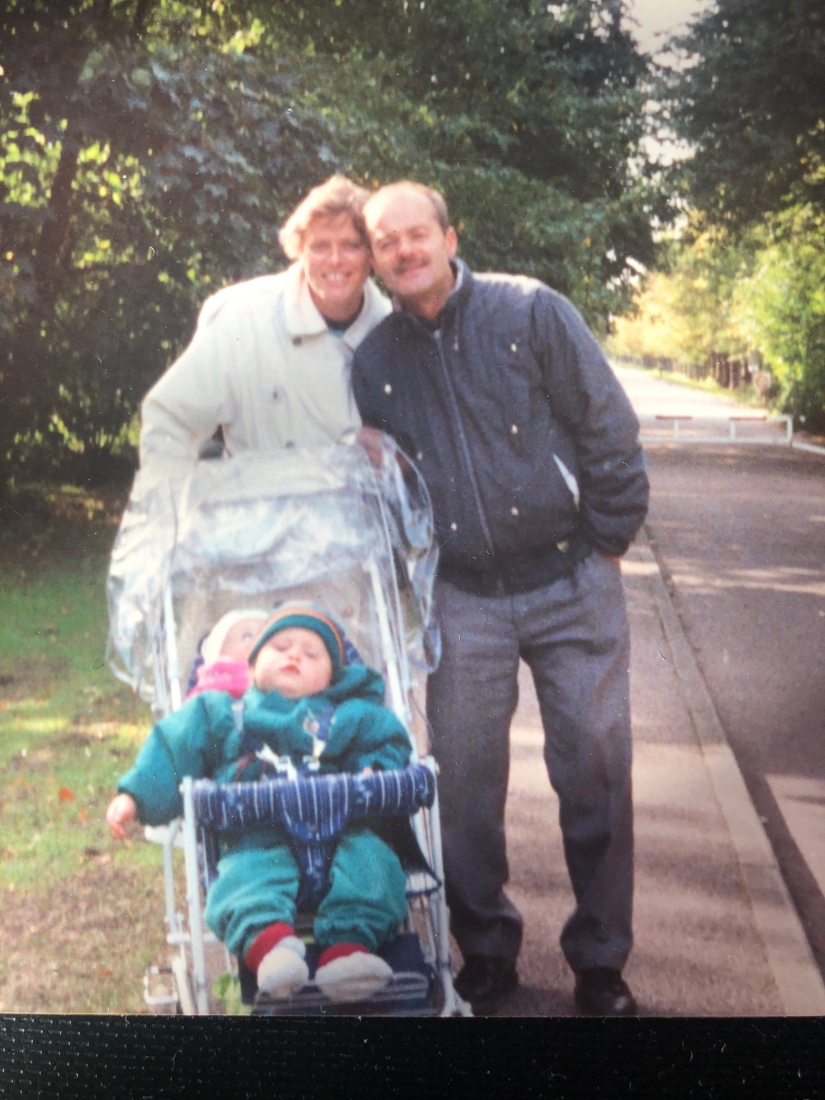 The days and weeks felt like a whirlwind, and it was now the Summer of 2014 – when the days started to get very warm, which is a rarity for Britain these days.

Mum was becoming more poorly and had to have some fluid drained from her stomach because the cancer was getting bigger, and that it was blocking her stomach from emptying into the small intestine. The medication she used to help her digest food didn’t seem to be working very well and it left a horrible metallic taste in her mouth. Her appetite was bare minimal – a few mouthfuls of yogurt or pasta was hard for her to eat. The simplest of tasks was now becoming a struggle: from getting up to simply use the bathroom, to even dressing herself. She was just too tired to do anything.

One morning, Frances, Max and I and most of the family visited her once again. She was sitting quietly on the bed but with a deep depressed look on her face. We all greeted her with a huge kiss and sat down beside her. She told us that the doctors were going to have to drain her stomach more than once – which was immediately. She was so relieved to hear it. But a couple of hours passed and she didn’t see any sign of a doctor anywhere on the ward to tell her they were going to bring her down. ‘This is getting stupid now, Mum!’ I said angrily. ‘I don’t know love…’ she let out an exasperated sigh. We sat and waited a bit longer while Frances was pacing around the ward looking for a nearby doctor.

Yvonne started to get frustrated and snapped at him. ‘ Sit down! You’re getting on my nerves!’ ‘Well where’s this bloody doctor?!’ Frances shouted back at her. She was about to say something back at him but just bit hard on her lower lip and pulled a face at him when his back was turned. Mum giggled to herself and Yvonne looked back at her and smiled.

A little while later, I saw a doctor walk into the room with a couple of other junior doctors with clipboards. They headed towards us. ‘Hello, Theresa. I am one of the doctors for the palliative care team and these are my colleagues who are here for observation’, he began to say. I’m afraid we are going to have to cancel the draining for today as we are very busy here. We’ll try tomorrow’.

We all looked at him with huge disgust and anger. ‘What?!’ Mum gasped. Her voice broke and she started crying. You can’t… you promised you would..’Please!’ she begged. ‘You have to do this! I’m in an extraordinarily amount of pain. This is not good enough….’She was so distraught she buried her head on the pillow and couldn’t face them. I was feeling so enraged that I wanted to punch the doctor in the face. What’s the point of making promises you can’t keep? I know the stress that they are under but they should never keep patients’ hopes up like that. It’s cruel.

My cousin reassured her that she would talk with one of the doctors and sisters on the ward to try and get them to understand (since she was a sister herself). ‘It’s okay, Auntie Theresa. I’ll think of something’. She walked off and spoke to a few nurses nearby.

A doctor walked back with her some time after and informed that they will drain the fluid for her. ‘I explained to them about your situation, Auntie Theresa’ , my cousin said quietly. ‘And I stressed that as a nurse myself, we should never change plans when it comes to treating patients with serious cases such as this. It’s very unprofessional and shows no compassion at all’. Mum nodded with agreement. She muttered curse words under her breath.

‘Thank god’ Mum smiled to herself with immense look of relief (‘they’ve finally come to their senses..) I thought to myself. However, the bad news is that she was unable to stay in the ward and would have to be moved to a hospice. Mum winced at the thought. ‘I’m going to have a think about this’.

The next few days were a blur and after some persuasion from a very nice lady from a very well known hospice (will not give a name), they were able to offer Mum a bed in the hospice that was comfortable and would provide all the care and support she needed. Also, for any treatments and tests she would have to go through – she would be transported there and back to her own room in the hospice on the same day.

It sounded wonderful. It was a huge weight off my shoulders knowing that although the inevitable was going to happen, the last days of her life were going to be comfortable and full of care and love. At home, I got a call that she had been transported there safely. I was really worried as during the time, she felt very weak and had to be given some painkillers and some sedatives to calm her down. It knocked her out and next thing she remembered, was waking up to a garden full of flowers, the glistening shine of the fish that were swimming in the pond next to her and the warm sunlight beaming down on her.

We drove to the hospice to check on her and explore her room. She was sitting up in a chair with her dressing robe on and looking out of the window.

View all posts by katiesbutterflies